Last Summer I played Life is Strange for the first time. It was incredibly immersive experience and it changed me forever. I’ve fallen in love with Max and Chloe and I was hoping they will get a happy ending they deserved, after so many sorrowful moments, discovering the truth about Rachel’s demise, being unable to save William, learning about the Dark Room and Jefferson’s sick obsession…

Then one evening I reached the very last choice in the game and I felt like being hit by a train. I suddenly had to choose between Chloe and Arcadia Bay. I was angry and frustrated. This is not how it all should have ended. I left the game with the final choice still waiting for me on a screen and went to the other room to cry myself out.

When I got back I chose to sacrifice Chloe, hating myself for that decision. I didn’t want to choose that option. My heart was with Chloe and I believed she’s paid the price already, being deprived of all people she ever loved: her father, Rachel, Max. She did not deserve to suffer any more pain and she definitely did not deserve to die alone on a dirty bathroom floor. I would doom Arcadia Bay in a heartbeat for her. 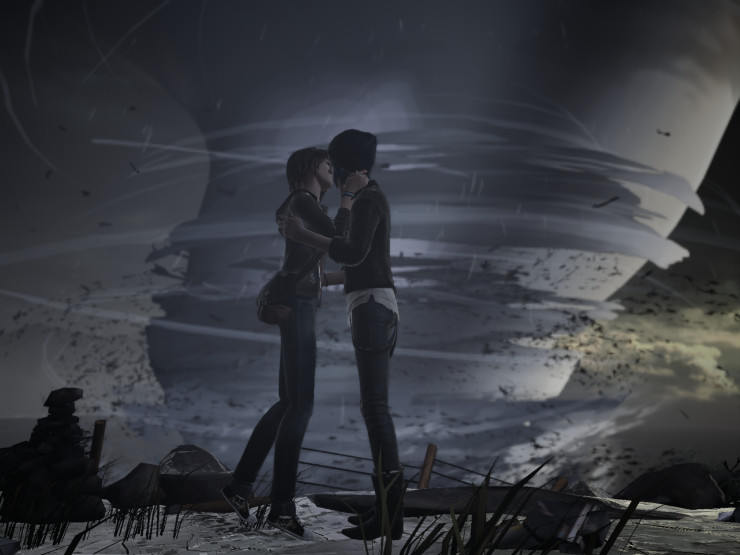 Except I didn’t. I chose to save Arcadia Bay for a single, selfish reason: I intuitively knew this would be the sadder ending and I wanted to… get over with it. Life is Strange has already devastated me emotionally (in both negative and positive way). I knew I wouldn’t be playing it again for a couple of months at least, and I didn’t want to spend this time being constantly aware that I have yet to see the worst possible outcome. So I watched with tearful eyes how Chloe gets shot and dies, listening to the sounds of Spanish Sahara, knowing that, from this moment on, this song will forever remind me of Chloe and the decision I made on Max’s behalf.

I didn’t sleep very well that night, and the fact that an actual storm broke out outside, interlacing fluently with my nightmares, did not help either. When I woke up in the morning I felt guilty. I felt like it was me who pulled the trigger on Chloe. I was trying to cope with the sorrow, I was convincing myself that it’s just one ending, the ending I don’t even believe in, so I might as well pretend it did not happen, but my mind knew better. It took me weeks to deal with the Post-LIS Depression (and I’m not sure I’m done with it yet). One small fact that helped me along the way was a promise given to myself, that the next time I’m playing Life is Strange, I’m going to follow my heart and choose the ending I truly want to.

Today I finally kept that promise.

I’ve been playing Life is Strange again for a couple of weeks (I only play half of the episode each week) and today I reached the moment, when Max emerged from her nightmare at the top of the cliff, near the lighthouse, being half-dragged, half-held by Chloe. Despite the fact I heard Chloe’s words before, they were just as touching. After everything she went through, after so much hurt she was still willing to sacrifice herself to protect people of Arcadia Bay. 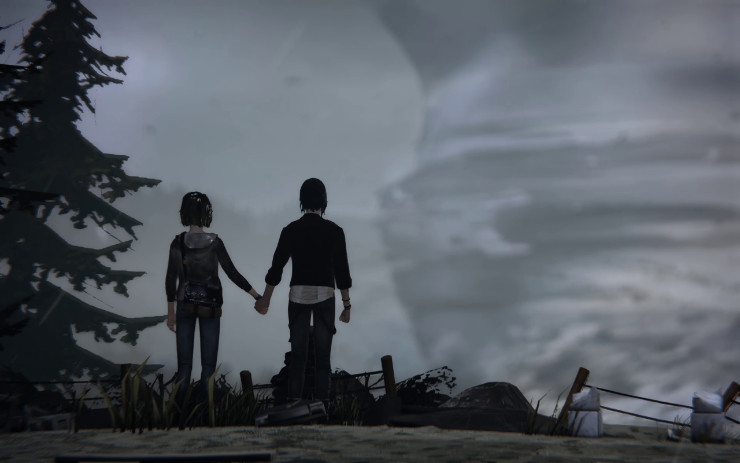 When Max torn the butterfly photo apart and let the wind carry it away I felt some strange, visceral feeling. It just felt… right. Like the last piece of puzzle finally clicking into its place. Things finally were the way they should be. When I chose Sacrifice Chloe ending in the Summer, I was sad and angry. Angry with developers, for conjuring such a dramatic story, for wasting potential to make use of the Stormbreaker Bunker to keep at least some people safe, etc. These feelings were present today, but not as strong and not as important. The only thing that mattered to me was that Chloe was safe. And she was there for Max.

I didn’t know how exactly Sacrifice Arcadia Bay ending looks like, until today. When I heard first chords of Obstacles I was surprised. I thought that every song in Life is Strange was only used once. However, I did not mind it at all, on the contrary – I found Obstacles to perfectly fit the final scene of obliterating Arcadia Bay. Its reprise made the whole experience of Life is Strange complete, especially considering that the first time one hears the song Max and Chloe are at the same place, near the lighthouse, and they get their first warning of the approaching storm. 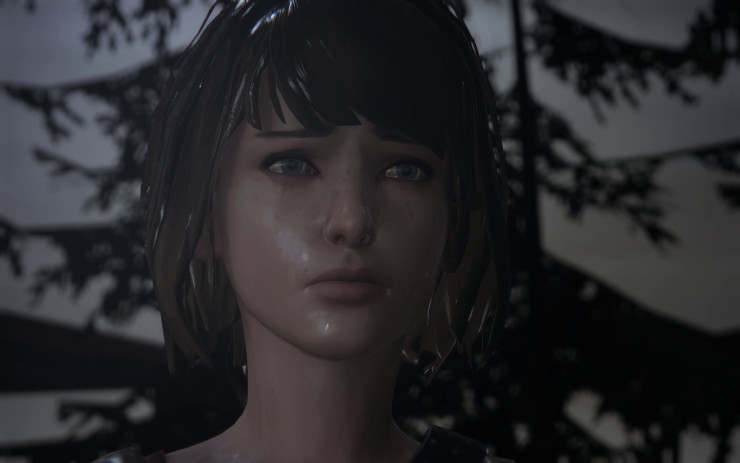 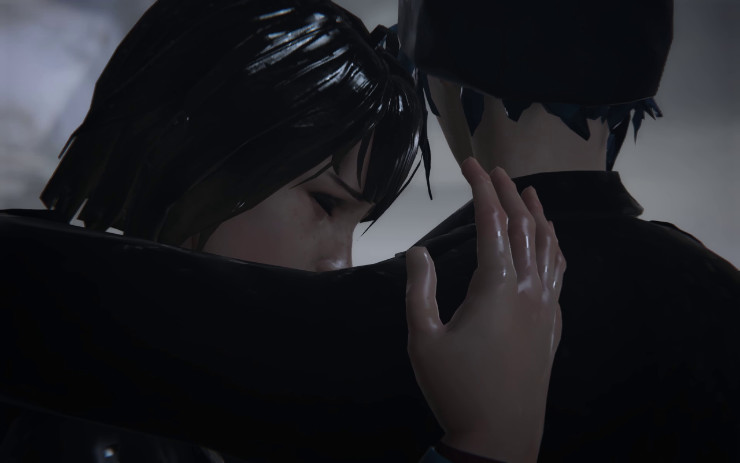 It was hard to look at Max’s terrified face when she witnessed the end of Arcadia Bay, but it was far more difficult to look at her crying behind the bathroom stall, when Nathan was pacing frantically around Chloe’s dead body. I loved the fact that when Max couldn’t take in the view of tornado anymore, she braced Chloe, who held her tight, giving her all the strength she needed to survive this moment. Despite the fact they didn’t kiss in this ending, for me their love for each other was just as visible and obvious, in the simple act of holding their hands on the cliff, in Chloe gently touching Max’s arm in the car, when they were driving through remains of the town, in faint, yet visible smile forming on Max’s lips shortly after… 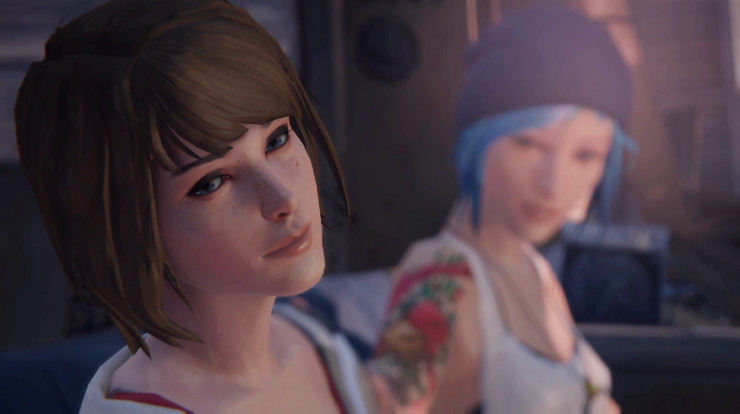 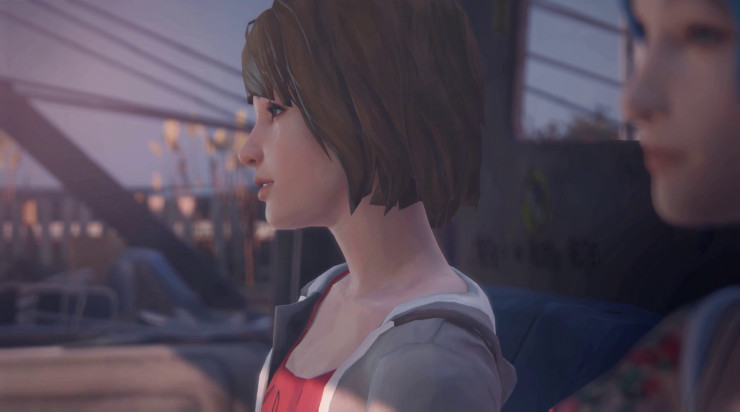 For me, that was everything.

And it was worth the price.